In July 2004, the Livingston Parish Council assed an ordinance which purported to require the payment of a documentary transaction tax upon execution by parties of any instrument affecting immovable property located in the parish. The tax was hugely unpopular and had several potential legal problems, among them that such a tax was not authorized by the Legislature, was not approved by a vote of the people and was not related to the value of the property on which the tax was paid. In April, 2005, Robert Harrison, of the Harrison Law Firm, filed a class action lawsuit for declaratory judgment and damages, challenging the legality of the tax.

After adverse rulings, by the District Court and the Court of Appeals, Mr. Harrison successfully argued his client's case before the Louisiana Supreme Court, how reversed the decisions of the lower courts and remanded the case for further proceedings. Following the Supreme Court's decision, Mr. Harrison was able to negotiate a settlement with the Parish Council, which resulted in every citizen who paid the unlawful tax and applied for a refund being reimbursed for the amounts paid. This resulted in over $400,000 being refunded to taxpayers who had previously paid the tax. 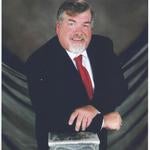 Robert H. Harrison, Jr. of the Harrison Law Firm is a lifelong resident of Livingston Parish. He is a graduate of Louisiana State University with a Bachelor of Criminal Justice degree. He received his Juris Doctorate from the Paul M. Hebert Law Center at LSU.

Thank you for contacting us. We will get back to you shortly.

Please complete all required fields below.

Harrison Law Firm is committed to answering your questions about a variety of serious legal matters in south Louisiana.

I'll gladly discuss your case with you at your convenience. Contact me today to schedule an appointment.